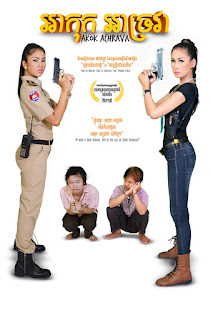 Akok and Arva are siblings (mother of three has two children). He was orphaned when he was 5 years old. He lives with his mother, and they have nothing to do with it but tramping and destroying their mother’s property. Fortunately, the mother is the village’s rich man. Police stations in Sturk are where they are staying because they are often caught by police. After seeing the village girls come to work in Phnom Penh for a day, the two of them suddenly decided to come to Phnom Penh. They asked for money, but Phan never refused. Seeing a good opportunity during the day, he stole his legacy and sold it for sale to Phnom Penh. Phan was furious with them and cursed them both as aka Akbar.